Search Festivale for more work by an author. 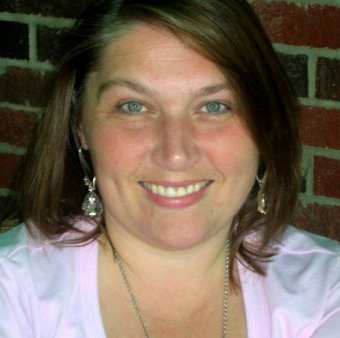 New York Times and USA Today bestselling author Jenna Bennett (Jennie Bentley) writes the Do It Yourself home renovation mysteries for Berkley Prime Crime and the Savannah Martin real estate mysteries for her own gratification. She also writes a variety of romance for a change of pace.

Has your interaction with fans, for example, at conventions, affected your work?

Occasionally, someone will mention something that gives me an idea for a future book. Or will ask to be included in one, as victim or secondary character. So in that sense, interacting with people affect the work, to a degree. But most of all, meeting readers makes me remember who I'm writing for. :)

Is there any particular incident (a letter, a meeting, a comment that stands out?

Not so much something that affected the work, but a year or so ago, I received an email from someone in Malaysia, who had come across my Savannah Martin mystery series somewhere and was wondering when the next book was being released. Not really proficient in English, but terribly sweet. The question went something like, "Can you let me know when is the ebook release date, so that I can get my copy soonest possible to end my longing." It was just the sweetest thing in the world, and absolutely thrilled me.

Do you have a favourite author or book (or writer or film or series) that has influenced you or that you return to?

Elizabeth Peters (whose real name was Barbara Mertz, and who also wrote as Barbara Michaels) is my all-time favorite writer. When I read her book Night Train to Memphis in 1994, I knew I'd found what I wanted to do. Of course, it took a few years to get there, but she's the author who made me think, "I want to do this."

Who is the person you would most like to be trapped in a lift with? or a spaceship?

Umm... Shemar Moore? Or maybe my husband? Tough call, that one.

Who is the person you would most DISlike to be trapped in a lift with? Or a spaceship?

I'm gonna plead the fifth on grounds it might incriminate me. And being trapped anywhere with this person would also incriminate me, since I'd probably kill her. So let's just leave this one up to the imagination, shall we?

What would you pack for space? (Is there a food, beverage, book, teddy bear, etc that you couldn't do without?)

No teddy bear. I'd probably fill the suitcase with books. Or an ereader, if I had a way to charge it. Books are the thing I would miss the most if I couldn't have them. I have a real fondness for tomatoes, although they don't last very long. I have a sad addiction to real Coca-Cola. The high octane, fattening stuff. And being Scandinavian, to salty licorice.

What is the most important thing you would like to get/achieve from your work?

It's nice to be able to make a living. It's also nice to set my own hours, do something I like, and spend the day in pajamas if I want to. Beyond that, I want to make people happy. There's nothing better than a letter or email from someone saying one of my books helped them through a tough time, or even just gave them a few hours of enjoyment.

What is the special satisfaction of your work?

To make people think, especially about the things they've always taken for granted. Which is a theme in a lot of my books, and something many of the characters have to deal with. There's a special satisfaction in making the reader do the same. And to do it in such a way that maybe they don't even realize they're doing it.

For other answers to The Usual Questions Click here

Just the facts:
Born: Oslo, Norway.
Resides: Nashville, Tennessee, USA, most of the time, and St. Augustine, Florida, USA, some of the time
Bibliography/Awards:

Everything else - written as Jenna Bennett