Star Trek Beyond Tones Down Special Effects For A Winning Formula 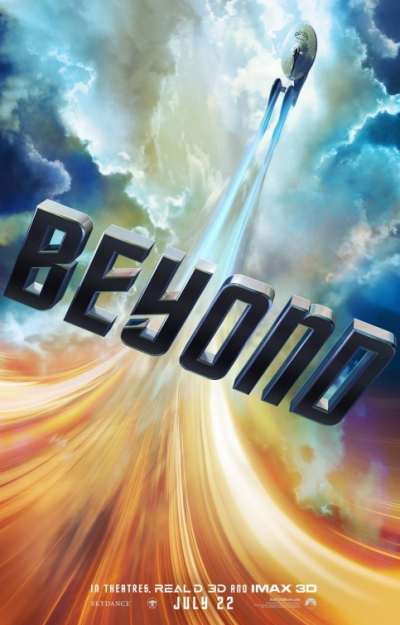 Movie poster, Star Trek Beyond
To Survive, They Must Go Beyond

This is where the frontier pushes back.

In "Beyond" the Enterprise crew explores the furthest reaches of uncharted space, where they encounter a mysterious new enemy who puts them and everything the Federation stands for to the test.

Star Trek Beyond the new Star Trek movie takes us back to the spirit of the original series while incorporating the wonders of modern filmmaking to create the thrills and spills. Directed by Taiwanese director Justin Lin and shot by Australian Stephen F. Windon, both known for their work on the Fast and Furious franchise, we are given a tight and credible action feature. 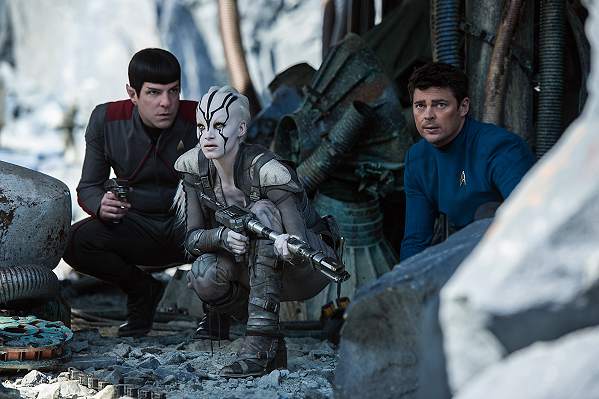 Simon Pegg, who plays Scotty, co-wrote the script with Doug Jung and it really shows. Here there is a real respect for the strengths of the original series. Rather than relying on the whiz bang special effects the importance of characters in lived in settings returns us to the elements that made Star Trek such a winner for audiences in a movie world awash with blockbusters.

Here we have the laughs, the sentimentality as well as the action. The film is surprisingly funny with strong character development with reincarnations of the original ensemble cast. 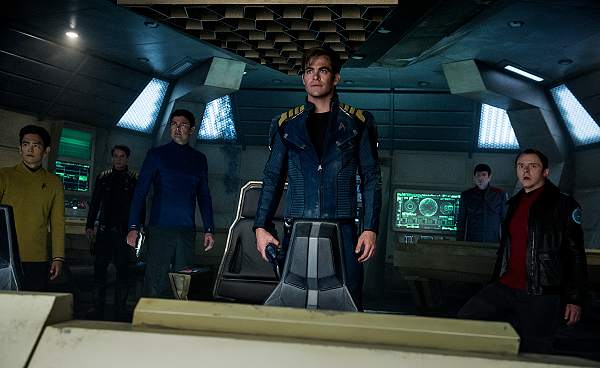 We have a jaded Captain Kirk played by Chris Pine, dealing with cabin fever after a long stint in space; Spock played by Zachary Quinto who is mourning his mentor Ambassador Spock (the original Spock) and dealing with his love life; Bones Karl Urban who gets the best comic lines in the whole picture; and Scotty played by Simon Pegg working miracles in the bowels of the ship. Mr Sulu is there and some new characters balancing out the script. Idris Elba plays a very good baddy here and there is a lovely piece of makeup on the truly alien looking beauty Jayla (Sofia Boutella) they find stranded on the planet where all the action happens.

Some great space special effects making it worthwhile to wait and watch the credits as well. It is a real return to form. Very enjoyable.

For film clips and more photos, see Ali's review of Star Trek Beyond.

Scroll down for trailers and music video, links and facts 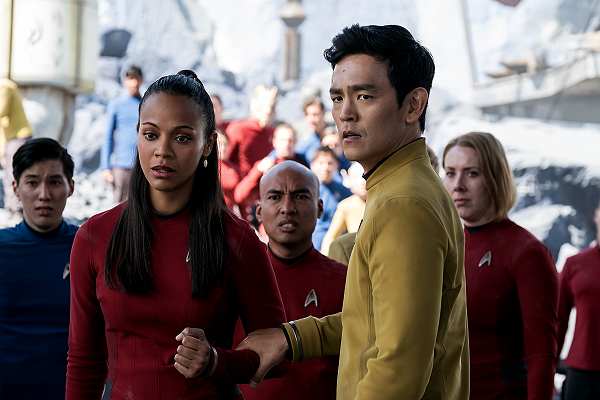