See also:
[[$include film/2022_mcu_seealso-xref.orh]] Our Facebook page for more news and reviews

Let's hear it for the little guy

Scott Lang (Paul Rudd) is getting out of San Quentin, determined to go straight. He fell from the legal system's grace when he became a whistle blower and, unable to find work, he turned to a life of crime. He specialised in breaking into impossible places but now he is going to be the dad there for his daughter.

"I'm not going back. I've got a daughter to take care of. I have a Masters in Engineering.

ANT-MAN opens with a nice latin beat, so you know it's going to be a different part of the Marvel world. This isn't a billionaire genius, a superhero with enhanced abilities or a highly trained Russian agent, this is a (smarter-than-average) average man who tried to do the right thing and was bitten firmly on the butt by the powers that be and 'nice' society in general.

Stan Lee: No one has any idea how unique it is, how different it is, and how people are gonna want to see this little guy take on all the villains of the world.

Despite his efforts, Scott and his little band of ex-con friends decide to break into a really big importantly-sized safe that they have heard of. 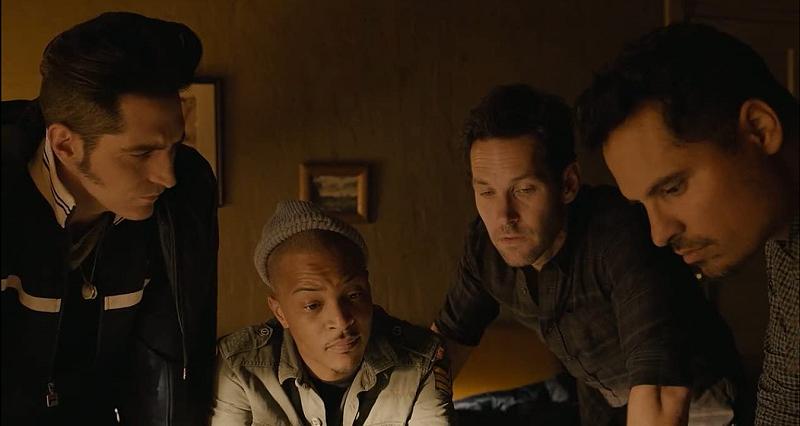 And with the quick-cut voice over exposition we are taken into a world that is stylistically different from the world of The Avengers. Some commentators have criticised ANT-MAN for just this reason, but, in fact, the different movie styles are part of the broader Marvel universe.

Peyton Reed, director of ANT-MAN says, "they're all allowed, and actually encouraged, to have their own individual tones and idiosyncracies. ... The tone of this movie is comedic, but it's also a heist movie."

Scott learns, in time, that he has stolen the suit of Dr. Hank Pym (Michael Douglas) and he has been recruited for both his honest intentions and his burglary skills. Hank's company is in the hands of someone who (shock, how original) wants to militarise Hank's yellow jacket technology. Hank can basically shrink anything or anybody and as long as people wear something to protect their brains there are no ill effects. Darren Cross (Corey Stoll) hadn't worn the helmet.

Unless we break in and steal the yellow jacket and destroy all the data, Darren Cross is going to unleash chaos on the world.

Scott and his friends, the inventor and his daughter (Evangeline Lilly) embark on an adventure to save the world through better burglary. ANT-MAN is played for humour, which is the best part of the superhero world. 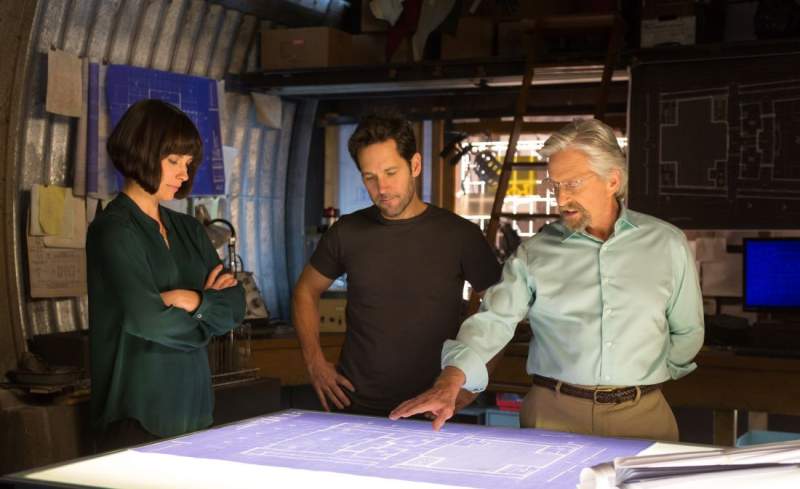 As with all the Marvel movies, one or more other superheroes make an appearance to tie the MCU (Marvel Cinematic Universe together. In ANT-MAN, the falcon protects a warehouse from ANT-MAN's attempt to break in. As Ant-Man, Scott can both shrink and grow, which makes him difficult to fight. Scott guiltily apologises.

Take ANT-MAN as what it is -- light entertainment with lots of special effects, high-tech gadgets and, despite the heist, family.